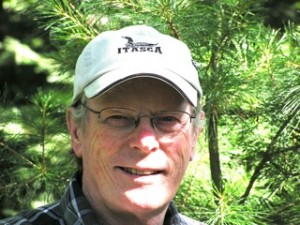 I was born in Park Rapids, Minnesota in 1937, two years before my parents bought Rice’s Landing, a small resort on Little Mantrap Lake at the south edge of Itasca State Park. My parents—helped by my older siblings Ray, Elmer, and Grace—had barely begun operating “Holland’s Resort” when World War II intervened. This terrible war disrupted the lives of many people, including our family. Holland’s Resort temporarily closed until the war ended. After the war Holland’s Resort reopened with my sister Betty and I as the new youthful helpers until our family’s resort and country store sold in 1950.

During high school in Park Rapids, I was fortunate to work at one of the more modern resorts in the area, Blewett’s Resort (now Vacationaire) on Island Lake. Later, I experienced the rush of summer tourism when I worked at Fuller’s Tackle Shop, a traditional headquarters for tourist information and fishing supplies in Park Rapids. 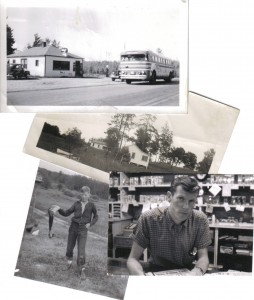 During retirement, my wife Ida Mae and I have enjoyed traveling, including trips to all the continents. Retirement has also given me time to publish two books. The first, The Edge of Itasca, was published in 2004. This book is about individuals and families associated with the Mississippi Headwaters and early Itasca State Park. For my second book, the larger scope required me to spend several years doing  research about Minnesota resorts and tourism, which included collecting hundreds of old photographs and maps. The Early Resorts of Minnesota was published in 2012.

My wife and I live on the Mississippi River across from Lindbergh State Park at Little Falls, Minnesota. We have two children, Randy Holland and Renee Holland Theisen.