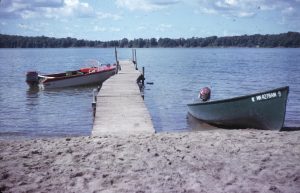 Click here to read my blog post about Tim and Jane Donohue’s donated photos of Big Whitefish Bay Resort. Their photos and Tim’s writeup of the resort’s history are below.

Big Whitefish Bay Resort in Pequot Lakes MN was built in 1923 by Lew Johnson and later owned by Edward A. and Audrey L. Ternus for some time before 1963. Eddie died January 21, 1963. 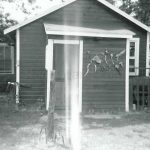 Her house stood on the west side of the driveway (Figure A). It was red with white trim. Across the driveway and back in the weeds stood an old weathered barn (Figure B). Continuing north on the driveway you’d pass cabins #1 and #2 (Figure C). The road then dropped downhill toward the bay, then curved gently north passing by most of the other cabins. It then gradually curved east around Kid Lake (Figure F) and through the woods before it came full circle coming back to the driveway a bit north of the main house. 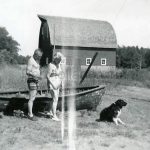 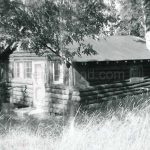 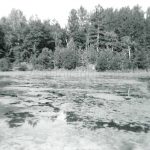 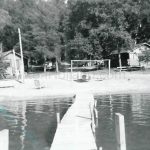 The cabins were rustic and had hand pumps to supply cold water, no indoor bathroom facilities. There were several outhouses and at least one bathroom with running water and a toilet, though no shower. At the swimming beach (Figure G and O), there was a long wooden dock and rowboats were available. The mail was delivered each day by a man in an old wooden inboard. You could ride along on the mail route around Whitefish Lake in the boat (Figure H). Just north of the Dollhouse (Figure E) next to Kid Lake was a fish cleaning shack. There was also a narrow wooden foot bridge near the fish cleaning shack that was a shortcut to the north end of the resort. 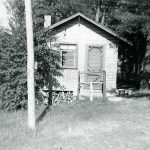 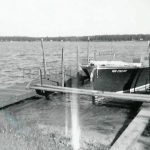 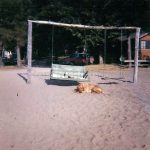 The road near the swimming beach separated Whitefish Bay from Kid Lake, which was really more of a large pond. Cabin #3 was named Sleepy Hollow and stood on the west side of Kid Lake, some distance behind the Dollhouse, which stood near the bay. Sleepy Hollow was occupied each summer by the handyman and his wife, Faye and Grace Hinckley who came up each summer from Iowa in their huge old green 1949 Hudson auto. 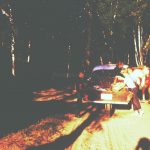 Audrey drove a red and white 1955 Plymouth and every afternoon a single wheeled trailer was attached to the back of the Plymouth and we went on the “Skunk Run” (Figure T), which was garbage collection.

Our step cousin, Jerry Hoppke knew Audrey from staying at the resort. Audrey was looking for help and Jerry recommended my sister, Jane Donohue for the job. She spent the summer of 1963 working there, living in the house with Audrey. She had a great summer meeting the people who came to stay at the resort and she stayed in touch with some of them for the rest of her life. One family even used Jane’s name for the middle name of their baby daughter.

Jane went back in the early summer of 1964 but became homesick and had to come back home. She stayed in touch with Audrey and would stop and visit her whenever she passed through Pequot Lakes.

Audrey sold the resort in the mid-sixties and lived in a house in Pequot Lakes that had been owned by her parents, Peter and Matilda Larsen. She lived there until her death on October 10, 1991. {According to the Brainerd Dispatch, Big Whitefish Bay Resort was converted to homesites by 1971.}

(click on any image to enlarge it, then back arrow to return to this page) 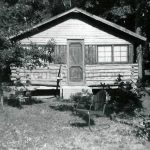 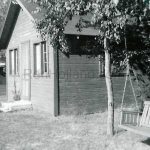 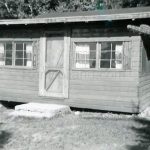 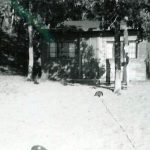 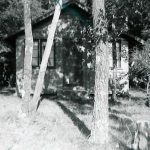 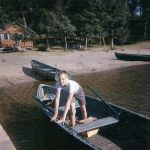 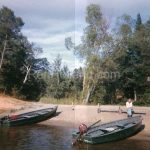 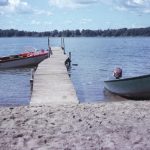 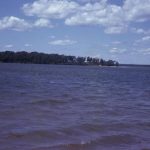 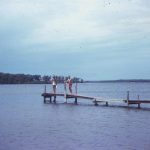 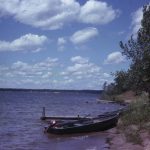