They’ll Know You at the Snowshoe 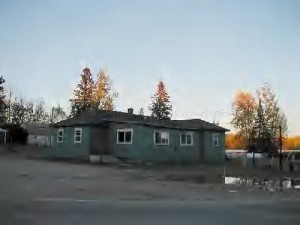 The Snowshoe was neither a resort or hotel, nor was it an early method of winter travel. It was a small, inconspicuous, ordinary looking cafe in Marcell, Minnesota, an unincorporated remote community about 25 miles north of Deer River, or 30 miles north of Grand Rapids. The cafe was a popular meeting point (as was Newstrom’s Store) for locals, and tourists staying at isolated resorts around the many lakes of the Chippewa National Forest. Some of those resorts became destinations for celebrities (and sometimes gangsters, especially in the days of liquor prohibition).

The Snowshoe Cafe probably had more celebrity sightings per capita than most Hollywood cafes. Marlys Baldwin recalled several from when she worked there as a waitress. One was Bob DeHaven, who for many years was an announcer on WCCO radio. He interviewed hundreds of celebrities when they came to Minneapolis. (In 1985 he wrote a book, 55 Years Before the Mike.) His brother owned a resort on North Star Lake, and possibly that was one of the reasons for seeing so many celebrities around Marcell. According to Marlys, Bob once was recognized at Newstrom’s store: “In great fear that he would be mobbed by the local yokels, he sneaked right out of town. Little did he know just how safe he was, as no one really cared if he was there or not.”

Hollywood celebrities, too, came into the Snowshoe Cafe while Marlys was working, including Dana Andrews and Dennis Morgan. (Many may not recognize these once popular names from the black and white film era.) “They came in together and ordered dinner. I recognized them and told my boss Irene, so she got a chance to go in and offer them more coffee. I don’t know if they were staying at one of the resorts or if they were at one in another town nearby.”

A reason for Bob DeHaven’s incognito behavior might have been Dennis Morgan. Morgan had also been a radio announcer. It was likely that Dana Andrews and he had come up to the lake country to get away from the public and probably stayed at DeHaven’s North Star Camp.

Then there was Hugh Beaumont—he played the father in the series Leave It to Beaver. He would come to town and bring his car over to the garage—probably for an oil change or something. And then he would walk across the road to the café. That was probably the summer of 1956—maybe the summer of ’55 as well. He was never very friendly. Kept to himself. I remember every time he came in he would sit over by himself and order a peanut butter sandwich. Twenty cents—anything to drink? No, just water. And no tip. After I was in California, he got the part as Beaver’s father. Maybe then he could afford chicken. I do know Irene made some very good fried chicken.

It was later learned that Beaumont had a cabin on Clubhouse Lake, located east and north of Marcell. His wife was believed to be from Minnesota. (Information from Marlys Baldwin, personal letter, and other sources listed in my book.)

The Snowshoe (built in 1950) was operated from 1953 to 1961 by Lyle and Irene (Tuts) La Grange. The LaGrange’s son Gary became an Army Colonel, who in retirement is currently President/CEO of Help us Learn…Give us Hope Inc., a nonprofit organization that he founded. It accepts and coordinates donations for school supplies for children in war zones.

For a quiet little resort community, it seems that there was a lot of summer activity around Marcell and the Snowshoe Cafe (which has been demolished).