A Boy’s Camp, a President, and a Painter 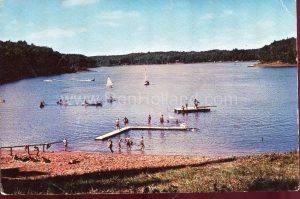 Many of the first resorts were referred to as “camps.” In 1930, one hundred were listed for tourists in The Minnesota Book by the Ten Thousand Lakes Greater Minnesota Association. Today you will find only a few resorts called “camps.” However, the term has become universally associated with summer camps for children.

In 1930, Minnesota had about 15 major camps for boys, and 12 for girls. Most accommodated 50 to 100 and operated in two to four week segments during June, July, and August. The main camps for girls were located at Bemidji, Cass Lake, Grand Rapids, Hackensack, Lake Hubert, Dassel and Walker. The metro area included Minnetonka, Lake Elmo, and Excelsior. Boy’s camps were at Chisago City, Annandale, Lake Hubert, Pine River, Cass Lake, Deer River, Cook, Ely, Eveleth, and Grand Marais.

The earliest camps were nature oriented. By experiencing nature’s open book of wonder and surprise, youngsters would hopefully develop self confidence by facing their fears and maybe even a little bit of pain. Thunderstorms and mosquitos, upset canoes and blisters, bee stings and looking for the North Star would hopefully become new steps towards independence and a respect for nature. Along with moral and spiritual guidance, summer camps provided a variety of traditional athletic activities, like swimming, baseball, track, and tennis. Others challenged skills, courage and endurance in new ways, such as overnight camping, canoeing, hiking, horseback riding, target practice, and archery. Talents were uncovered in classes in outdoor cooking, first-aid, dramatics, nature lore, art, and woodcraft. 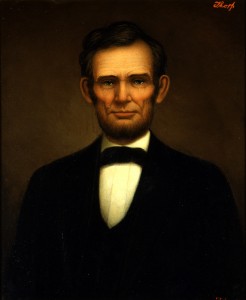 One early summer camp still in operation today is Camp Lincoln. On Lake Hubert near Nisswa, this camp might be described as a “resort for boys.” It was started as Camp Blake in 1908 by William M. Blake, who was associated with the Blake school in Minneapolis. It was renamed Camp Lincoln in 1923 when it was sold to Brownie Cote. Camp Lincoln has deeper ties to our sixteenth president than most sites honoring his name. A renowned artist, Col. Freeman Thorp (1844–1922), owned land surrounding Lake Hubert. Thorp painted a famous portrait of President Abraham Lincoln which is exhibited in the U.S. Capitol in Washington, D. C. As a young man Thorp had studied Lincoln’s expressions and gestures before Lincoln’s inauguration. Later studies were at Gettysburg where Lincoln made his famous speech. His sketches and descriptive observations allowed him to create an accurate posthumous portrait of President Lincoln. The portrait was originally painted in about 1879 at a studio specially created for Thorp’s use in the Senate wing of the U.S. Capitol. The Senate bought the portrait from Thorp in 1920 for $2,000. Thorp painted a number of other portraits of prominent Americans, including several U.S. presidents. The Smithsonian Institution’s Inventory of American Painting and Sculpture lists forty-six works by Thorp. Eight of these, including the painting of Lincoln, are in the U.S. Capitol.

Thorp died in retirement at Lake Hubert in 1922. A copy of his painting of President Lincoln was hung over the fireplace at Camp Lincoln. 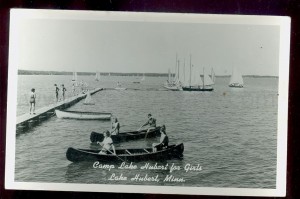 In 1927 Camp Lake Hubert for Girls was started on the land across the lake from Camp Lincoln for Boys, and also still operates today.

While resorts for adults have decreased in recent years, “resorts for kids” appear to be increasing, adding specialized subjects such as computers, filmmaking, songwriting, web site design, gifted & talented, public speaking, robotics, and many others. The Minneapolis Tribune listed 198 camps in the “Summer Camp Guide” for 2012.