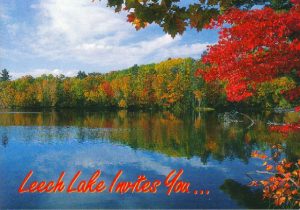 Photo courtesy of the city of Walker, MN

There were few accommodations available at Walker, Minnesota in 1896 when white travelers began to arrive on its first railroad. Camping was the main option for visitors, and a community of tents dotted a peninsula on the Leech Lake shoreline. Walker was still a small settlement composed of a rough and tumble mix of white lumberjacks, fur traders, and trappers.

The first significant hotel, the Pamida, was built by Patrick H. McGarry in 1897. The following year, a conflict occurred at Leech Lake between U. S. Army soldiers and the Ojibwe from the nearby Leech Lake Reservation. Six soldiers were killed in the Battle of Sugar Point. It is considered the last official battle of the Indian Wars. Walker became known as “the last frontier” and curious tourists arrived by train to visit the site.

Walker needed another hotel to handle a surge of visitors, hunters, and fishermen. McGarry capitalized on the event and in 1901 opened his second hotel, with cabins, on the peninsula that once contained campsites. He named it “Glengarry.” The hotel and cabins, were a success and hosted many dignitaries. It is considered the first resort on Leech Lake, and was the top resort on the lake until 1922 when Chase on the Lake was built. 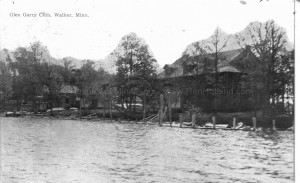 A photo postcard mailed in 1912 to Oak Park, Illinois describes Glengarry and reflects a new, more refined image of Walker: “Dear Adelaide—I am having a fine time. There is a building next to us called the grand opera house . . . at present they are having moving pictures.” (click on image to the right to enlarge)

After the Glengarry closed it was abandoned and eventually succumbed to decay. It gradually disappeared, blending into the natural surroundings. In 2009, after 100 years under one family’s ownership, the 33 acre estate was subdivided into large lots. Only stone remnants of steps and chimneys remain to remind us of this historic era. 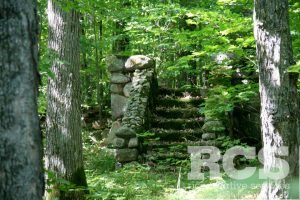 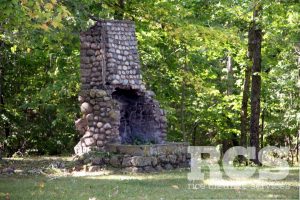 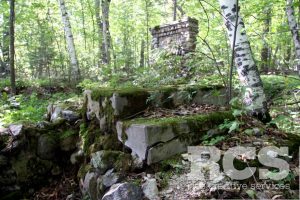 Please see more photos, history, and brochures of the Glengarry Hotel that were graciously donated to this website by Melanie Rice of Rice Creative Services, LLC in Walker. Click here to view them, or find them under “Shared Photos” tab, then select the “Leech Lake collection #2,” or use the “Search” tab on this website. More information about Glengarry can also be found in my book, The Early Resorts of Minnesota.

This entry was posted in All blog entries, Minnesota Resorts and tagged Battle of Sugar Point, Glengarry, Leech Lake. Bookmark the permalink.