The previous blog, “Early Resort Fires–Part One” mentioned some of the causes of resort fires. Part Two will list some of the early resorts that have been destroyed or damaged by fire.

The numbers of early resorts and lodges lost by fire are difficult to calculate, since many were not rebuilt and information has been lost. With today’s sprinkler systems, fire extinguishers, smoke alarms, and modern fire fighting equipment, resorts which have escaped fires have a greater chance to continue as working examples of a Golden Age of family resorts. If you have other examples of resorts affected by fire, contact me and I’ll update this list. 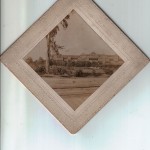 Photos show some of the resorts before they were lost or damaged by fire. They have been rebuilt and are operating today. Click on any image to enlarge it, and the back arrow to return to this page. 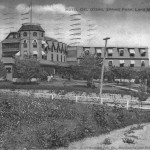 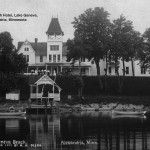 Geneva Beach Hotel, Lake Geneva, Alexandria. Established in 1883. Burned in 1911. Rebuilt, then destroyed again in 1942. Rebuilt and demolished in 1971. A new Geneva Beach offers a lodge, townhouses, and suites.

Breezy Point Lodge. (See “Early Resort Fires–Part 1.”) Burned in 1959. Cause of the fire was not determined. Rebuilt as a premier resort and time share complex. 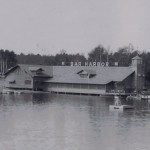 Madden’s Inn. The original burned 1964. Rebuilt as a premier complex becoming the largest resort in the state.

Headwaters Inn, Itasca State Park. Built in the 1920s. Explosion in 1938 killed a park employee. Acetylene gas for lighting might have played a part, or possibly an unmarked container of white (unleaded) gas placed with kerosene containers. Resort was intact, but was demolished around 1950 for park expansion.

Island Lake Tavern and Cabins. Park Rapids. Built in the 1930s (estimate) Burned in 1951, killing William Richards, the owners’ son. Not rebuilt. Cabins remained along with a country store, but none remain on the site today.

Weir’s Landing, Little Mantrap. The lodge burned sometime in the 1920s or early 1930s. Not rebuilt, but cabins remained and a store was built along U. S. Highway 71. (After several name changes, the buildings were removed or demolished.) 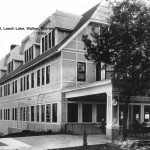 Chase on the Lake, Walker. Built in 1922, partially destroyed by fire in 1997. Rebuilt in 2008 with premier hotel rooms, lakeside condos, restaurant, and year round activities. 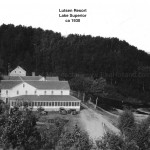 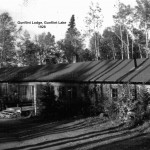 Gunflint Lodge, Gunflint Lake. Burned in 1953. One person died in the fire. Rebuilt and is operating today.

Northwoods Lodge, Poplar Lake, Gunflint Trail. Built in the 1920s. Burned in 1937. Rebuilt and burned again in 1965. Big Bear Lodge, with a classic log lodge and five cabins, was built on the site and operates today. 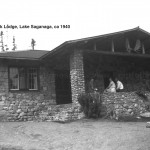 Chik-wauk Lodge on Saganaga, Gunflint Trail. Built in 1931, then rebuilt in 1933 nearer the lake. It burned. A third was built of stone. It was closed in 1972 and became the Gunflint Trail Historical Society Museum in 2010.

American Point Resort, Penasse, Lake of the Woods. The lodge burned in the late 1960s or early 1970s.

More information and sources can be found in The Early Resorts of Minnesota.