As my book, The Early Resorts of Minnesota, reaches a larger audience and my website blogs accumulate, I am adding a special blog feature called “Classic Blue Ribbon Resorts.” A Classic Blue Ribbon Resort will be defined as an active resort that is acknowledged as having a traditional standard of excellence, with roots in the early years of Minnesota’s resort development (1850s to 1950s).

The feature will include excerpts from my book. Both large and small resorts may be recognized. References and footnotes will remain in the book. Classic Blue Ribbon Resorts will be added randomly, and their order of occurrence will not mean that one ranks higher than another in importance.

The first of the Classic Blue Ribbon Classic Resorts that I will highlight is Burntside Lodge, which operates today near Ely. 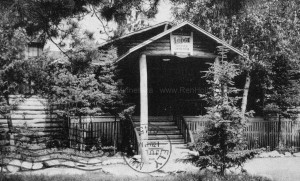 At Burntside Lodge there are no golf courses, no pets, and no Jet Skis. It isn’t a conference center, and the cabins have no televisions or telephones (WiFi internet in the main lodge). Yet, Burntside Lodge has been featured in over twenty well-known magazines and books in the past ten years, and it is possibly the most publicized private resort of its kind in Minnesota. Cabin 26 has been labeled “perhaps the most photographed cabin in the state.” 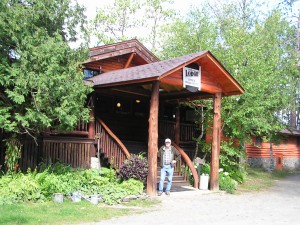 Figure 2: Me outside the Burntside Lodge entrance in 2013 (click on image to enlarge, click on back arrow to return to this page)

According to the present owners, Lou and Lonnie LaMontagne, Burntside Lodge started in 1911 as a hunting camp run by the Burntside Outing Company. It was operated by Phineas Brownell and other prominent Ely business leaders. Their company was the first to serve tourists who entered the area after 1888, when the Duluth, Mesabi & Iron Range Railroad reached the region. The Ely–Burntside Outing Company began planning the lodge in 1913 and construction began in April of 1914. It had fourteen sleeping rooms.

The first cabins were built in the 1920s by Finnish craftsmen. The resort was under the ownership and direction of Willy Alden and his brother Lyman. The property continued under Willy Alden’s ownership until 1941, when he sold it to Ray and Nancy LaMontagne. In the 1940s Burntside Lodge had forty-four cabins. Ray and Nancy LaMontagne operated the resort for forty-two years.

In 1988 Burntside Lodge was officially listed on the National Register of Historic Places by the U.S. Department of the Interior. The official nomination stated: “Burntside Lodge is . . . the earliest full-scale commercial resort operation in this part of the county . . . it contains the largest collection of log resort buildings of high integrity in northern St. Louis County. Built of local materials by local craftsmen, these buildings are a remarkable architectural achievement in an outstanding state of preservation.” 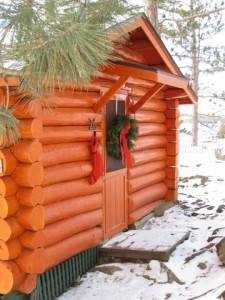 Figure 3: Recent photo of Cabin 26 in winter, courtesy of Lou and Lonnie LaMontagne (click on photo to enlarge, click on arrow to return to blog)

Of the forty-four original cabins, twenty-one remain. The operation continues today under Lou and Lonnie LaMontagne. Daughter Nicole and son Jaques have also joined as the third generation involved in the operation of the resort. The 2013 summer marks the 100th anniversary of Burntside Resort, and 72 years under the LaMontagne family.

More detailed information on Burntside may be found at this link:

10/6/13 UPDATE: In late September, Ida Mae and I had dinner at Burntside Lodge. Our table had a fantastic view of the lake and the staff provided one of the finest walleye dinners you could dream of, along with great drinks and appetizers. The weather was cool, the leaves were turning, and tourists were ending their vacations. We enjoyed a conversation with the LaMontagnes, as Lou piled wood on a blazing fire in the Lodge’s rustic fireplace. We took a few photos, including the historic Lodge entrance and one of the 23 cabins (Figures 2 & 4). 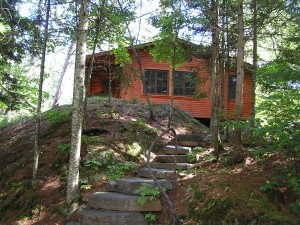 To suggest a resort for the Classic Blue Ribbon Resort blog series, click here to contact me.